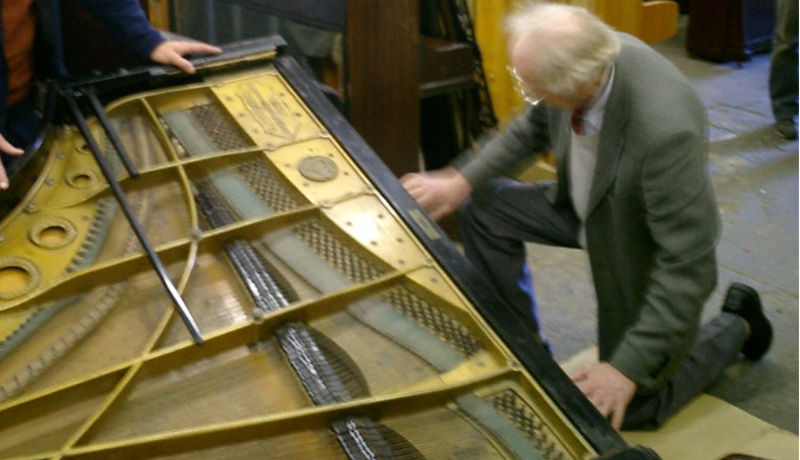 First, watch our John Lewis Christmas 2019 remake, it hopefully gets across a little bit about who we are

Here’s a little bit of information about how I got started. 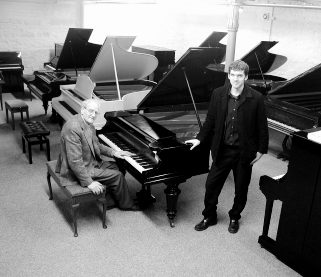 The above photo is my first warehouse. I’ve moved twice since then.

I have been playing the piano since I was seven years old when I started taking classical lessons from a local piano teacher once a week. Despite my desperate pleas to give up playing, my Mum insisted that I keep practising for one hour per day (half an hour before school, half an hour after school). I would much rather have been out climbing trees and practising my wheelies on my BMX at that age to be honest. By my mid-teens I became glad of my musical skills and learnt to love the piano (thanks Mum!)

I chose to study Music as one of my GCSE options (getting a “B” grade in the final exam) and then went on to take the Music “A” level, getting a “C” grade (I slacked off a bit to be honest, whoops!) After ‘A’ levels, I went to Leeds University to study Music Performance Studies under Professor Clive Brown and Doctors Steve Muir and Bryan White. My 9000 word dissertation was entitled “The Violin E String – From Gut to Steel in 50 years” and I enjoyed playing the 9ft Steinway Grand Piano in the Mansion Music Room. I also joined my first ever choir at uni and loved it.

I graduated with a 2:1 degree and then returned to Oldham and spent a couple of years waiting for the right job to come along. I dabbled as a classroom assistant in a local school which was tons of fun but I never quite got the hang of discipline so felt it best to move on. After another period living with Mum & Dad my friend said “are you waiting for a job to land on your doorstep?” and I replied “yes”. And that is just what happened. It was at this time that my uncle Ronnie got in touch to say that he had a few Bechstein grand pianos in his house that he needed to get rid of. I offered to try and find a buyer for him and two weeks later I had sold the piano to a private buyer from Japan who flew all the way to England to see the piano.

I then sold a few more of Uncle’s Bechsteins and before too long I realised I was in a position to be a Bechstein wholesaler. I filled a warehouse with restored & unrestored Bechstein & Steinway grand pianos before United Utilities kindly burst a mains pipe on the street outside. My warehouse was below street level so the water poured through my door for a couple of hours to a depth of around 2ft – 3ft, ruining ALL of my pianos. I didn’t even have contents insurance! DISASTER! Thankfully, United Utilities admitted responsibility and I was covered by their policy. I used the payout money to shift direction and specialise in modern upright pianos instead (you can fit more in, you see).

And that’s where I am today, selling modern upright pianos to people from all over the UK & Europe….. and I’m LOVING IT!